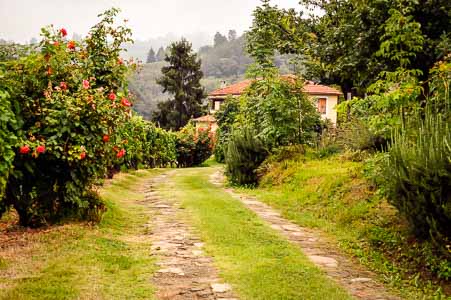 Sustainability is no buzzword in Piedmont. Traditional methods are at home here —in agriculture, in viticulture, in the building and conservation of houses. That is the special charm of this northern Italian region, which has now inspired our family for many years. 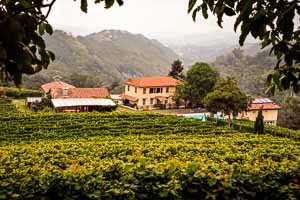 People in Piedmont rely on experience and innovation. We —by now proud owners of a vineyard— have learned here to combine the best of tradition and modernity. 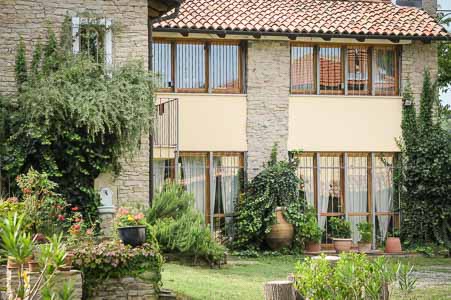 In the beginning only one house of the old homestead was rudimentary liveable on Rio del Lupo. We turned the former stables into a two-storey residential building in Mediterranean style. 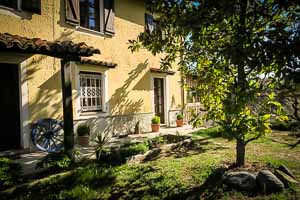 Gradually, we then set about restoring the rest of the buildings. The central, original farmhouse has been completely refurbished. While keeping the exterior in traditional Piedmontese, the inside has provided for three modern apartments. 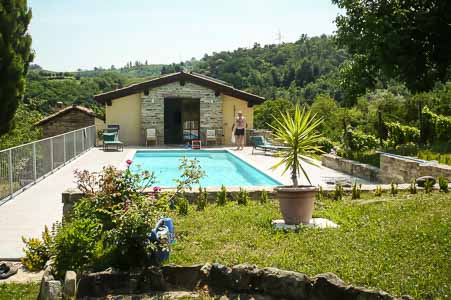 Then, the pool area and the associated bathhouse with sauna and jacuzzi were added and equipped with the latest technology, all carefully embedded into the whole ensemble. Our guests can rent a room here which is located in the middle of the vineyard and is charming in all seasons. 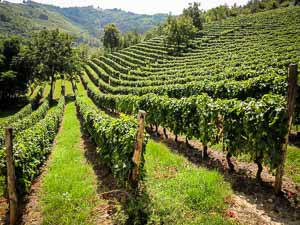 Rio Del Lupo is after a prolonged slumber, now again a fully farmed winery that produces quality wines from the best-known varieties of Piedmont. 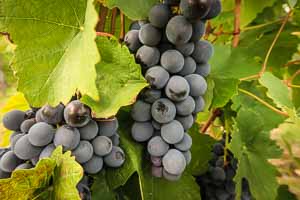 Winemaking has a long tradition in Rio del Lupo . We are committed to that tradition and enjoy the balance between preserved natural habitats and commercial activity. Vines cover 5 out of 15 hectares of land: refined, fertile soil, alternating with forests and deep ravines. Sun and wind provide for a unique microclimate. 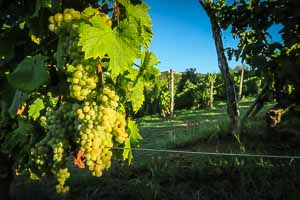 In the last three decades, the focus was solely on Bracchetto- and Moscato-grapes, very sweet and typical of the area. Since 2003 we have also planted Dolcetto. Three years later we pressed our first own dry red wine. 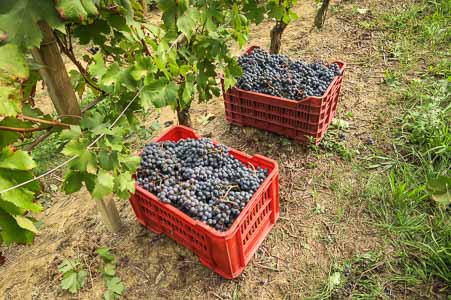 The success encouraged us to try new things. In spring 2007, one hectare of Arneis and half a hectare Nebbiolo have been added —grapes for which we personally have a great fondness. These grapevines, although not traditionally grown on Rio del Lupo develop very well on the heavy, calcareous soil. Already the first vintages of our Monferrato Rosso and Monferrato Bianco, both dry and sweet, showed their potential.

The year-round work in the vineyard is performed by an experienced, locally-based team of professional winemakers. They implement our ideas of sustainability and careful handling of the plants reliably and with great expertise. 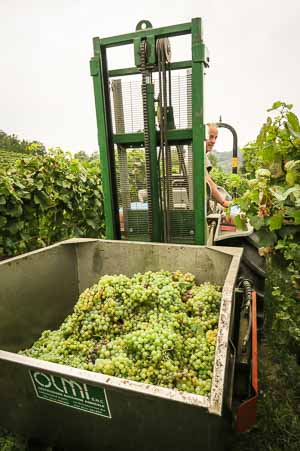 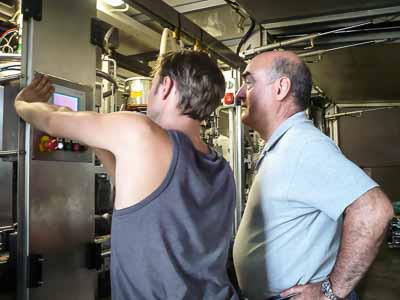 They are vinified in our behalf, bottled and provided with Rio-del-Lupo labels. We undertake the marketing of our wines ourselves. They have already found admirers around the world.

Nebbiolo is an old variety, probably the oldest in Piedmont. Known as the choice red grape in ancient times —also based on the Barolo and Barbaresco— thrives on optimally on the calcareous soils of the hills of Monferrato and Langhe. It matures late, is harvested only in October and provides an expressive, tannic wine.

The first vintage 2009 of the new Monferrato Rosso confirmed that the microclimate in the region to Loazzolo particularly favors the Nebbiolo. The Azienda Agricola Rio del Lupo produces its Nebbiolo grapes on a south-west facing slope, which is located approximately 360 meters above sea level. This exposed location guarantees nearly all-day full Mediterranean sun, alleviated often by the typical local milky haze: "Nebbia". This is where the Nebbiolo gets his name. more ...

Arnëis is a very old grape variety that was very popular in the 15th century. It is exclusively cultivated in Piemonte and often called there "Barolo Bianco". In the early 90s of the 20th century this grape variety was almost extinct, it has since then been rediscovered and has seen a renaissance.

Our many thousands Arneis plantlets were initially delicate. And the wine farmers of the neighbourhood were initially quite skeptical. But, already in the third year upon being planted, the seedlings had developed strong and beautiful vines. We eagerly awaited the result of the vinification. The first 2009 vintage of our new Monferrato Bianco was already a great success. Sun, soil, location and some vintners courage had led to the way to success. Each new vintage confirms that the Arneis grape thrives here just as well as in the mountains of the Roero. Lovers of a mild, dry summer wine will enjoy the Monferrato Bianco. At the beginning of August, in the annually held Wine Festival in Loazzolo this wine has secured its place on the tasting booths, where only the best wines of the area may be offered —a special honour to our Arneis grapes. more ...

The estate produces its Dolcetto in 0,3 hectare on south facing slopes, with 30% inclination, about 360 meters above sea level. This location guarantees nearly all-day full Mediterranean sun, alleviated often by the typical local milky haze. The vigorous fertile soil, sandy loam with Kalkan parts, along with occasional heavy rains makes the Dolcetto thrive perfectly. These conditions also favour fruit trees of all kinds, but especially almond, peach and fig trees. At the edge of the vineyards you can find luxuriant rosebushes and in midsummer a hint of lavender and rosemary lingers everywhere. more ...

Rio del Lupo is embedded in the cultural landscape of Monferrato near the wine town of Canelli in Piedmont. The truffle town of Alba is not far, as is the Spumanti city of Asti. The cities of Genoa, Turin and Milan are also within easy reach.

On the road from Canelli after Loazzolo —a small Montagna community to which the winery Rio del Lupo formally belongs— turn right into a small private road. Rio del Lupo is not far, at half the altitude. We gladly pick up our guests from Canelli.